I was inspired to look at what was involved with the Couch to 5K app. I don’t know what lockdown is like for you, but without the school runs and with only a limited time for exercise each day, I get quite comfortable with staying home to stay safe. A sedentary lifestyle is generally not good for anyone.

Now I loathe running. It’s far from my preferred form of exercise. At school, I was an essential part of the netball team and invaluable at the goalkeeper position (I’m 6ft tall in shoes). I was also on the volleyball team and often went forward at the net to smash a winning shot in the face of an opposing team member. When it came to athletics season in the summer, I was identified as a shot-putter because I would excel at thrusting a heavy, cast-iron sphere a fair distance. However, I wasn’t famous for my running. I was tall and stocky and came in last when we were forced to take part in the 1500m track.

Why have I decided to start on this mission then? When my family goes on holiday, we often go with my brother’s family. It has become a holiday habit that my husband, my brother and my sister-in-law all go out for a run in the mornings. I designated myself as the ‘babysitter’, which is a bit of a joke because the youngest of our tribe is nearly 11 and they’re quite capable of looking after themselves. But I was noticing that all the adults had a decent level of fitness, stamina and energy and that there must be something positive in this running malarkey. Trouble is, I was convinced that no-one would come with me as I was so far behind their levels of fitness, that I would be a slowcoach and an embarrassment. And I wouldn’t go on my own because I’m not enough of a self-encourager to do this.

At school in the teams, I’d get a buzz when they’d yell ‘Great defence Catie’ or ‘Great smash Catie’. Don’t we all do better when someone tells us well done, keep going, or you can do this? My husband, Dave, has been steadily and gently telling me that I can do this. I struggle with starting something new, especially exercise, but he’d tell me that I wouldn’t know how bad it was until I tried it; that he thought I was very capable of achieving this; that I could do this! And so, with trepidation, I downloaded the app and tentatively started out with the Geordie tones of a female comedian telling me that ‘You’re smashing this petal’.

I’m now on week 5 of the app – go me! In the beginning, it was hard running for 90 seconds continuously. I can now run constantly for 5 minutes, and the next step up is to run for 8 minutes without stopping. I can’t imagine achieving this, but as Dave said to me ‘You couldn’t imagine running for longer than 90 seconds and you did, you ran for 3 minutes. And when you said you couldn’t imagine running for longer than 3 minutes, you ran for 5! Well done’. He’s encouraged me to do this. My own sons see me returning from my run and they also say ‘Well done mum!’

When I ran past another woman the other day who was dressed in running clothes, slightly sweaty but walking, even though I had no idea who she was, I huffed out an encouraging cry of ‘We can do this!’ whilst fist-pumping the air. And she looked over as I ran past and replied cheerily ‘Yes, we can!’

Speak positive, encouraging, words to those around you. Tell your friends and family that you’re proud of them, that they’re brilliant and they can do this. But also tell those who you don’t know so well. Even from a stranger, praise and encouragement is such a positive boost to hear. Go on, you’ll be great at it. 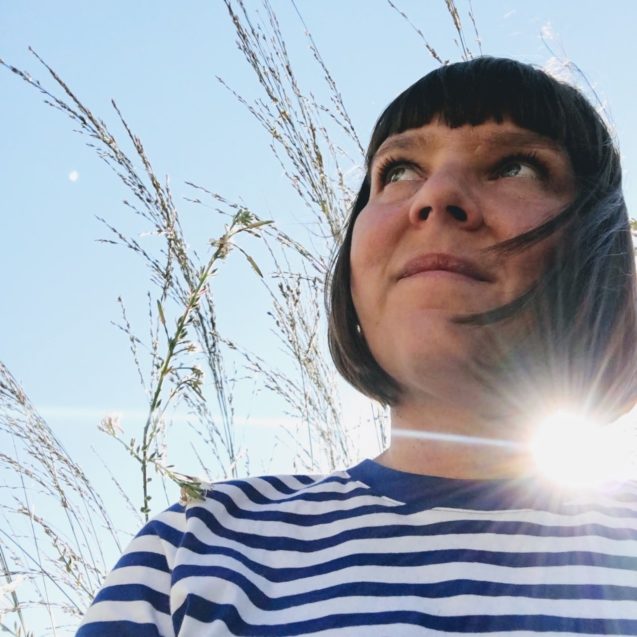 Catie is a wife to Dave, and a mum to Theo and Simeon. She describes herself as tall, creative and to the point. Together with Dave, she’s a volunteer youth worker at their church in Leigh-on-Sea.