I have a really vivid memory of sitting in my chemistry class at school panicking that I was going to die.

I can remember sitting at the shiny white lab table with the bunsen burners in front of me, and my balding chemistry teacher standing by the whiteboard in his white lab coat chatting on about some equation or other – and absolutely freaking out about dying.

I wasn’t actually dying you understand, and there wasn’t actually anything wrong with me, and I was in no danger sat in the chemistry lesson from dropping dead, other than maybe from boredom. But for no real reason I can explain I was filled with this absolute dread that I may die soon and, if not me, then my parents.

Have you ever had a moment like that? When all of a sudden you’re thinking about the worst thing that could happen in life, and could you even cope?

The professionals call it ‘catastrophising’.

All through my teenage years, I was totally overtaken with anxiety and worry. It was horrible. I often had forms of panic attacks and carried anxiety with me wherever I went. I’d wake up in the morning and look for it – ‘How am I feeling today?… Do I feel fine? … Am I anxious?’ And suddenly I’d find that emotion again, like some kind of weird smelly comfort blanket, that even though it wasn’t nice, it was what I knew and so somehow, because it was familiar, it felt safe. It felt safe to worry.

It wasn’t good though and something that got me through any time of anxiety was a verse from the Bible.

‘For I know the plans I have for you, says the Lord, plans not to harm you, but to give you hope and a good future.’ Jeremiah Ch.29:11.

To know that God is for me, that He has a plan for me that’s good and will not ultimately hurt me, and that He has a beautiful purpose for me would be the one thing that would keep me going and help me to find peace and a hope-filled thought in times of worry and fear. I wonder what your thing is?

I would often pray about it, and I know that all the prayer really helped and transformed my thinking and feelings. But do you know the one thing that helped me calm my worries more than anything else?

Instead of looking for the feeling of worry, or the thoughts that trigger it, when they came, instead of going with them, I would fight them. Do you know that you’re a fighter? That within you is a warrior waiting to come out? You’re often attacked around the very areas that your potential most lies in. You need to fight for this to come out. When a worrying thought would come I would think ‘No. I’m not going to think that’ and I’d quote a Bible verse instead. Choose one for yourself or something positive to say instead if you battle with anxiety. It was hard at first, a serious battle, but eventually, the habit of worrying started to break. I was in control of the worry rather than the other way around.

I’d love to go back and tell my teenage self that it’s ok, you won’t die shortly after that chemistry lesson and to stop stressing.

But then maybe I wouldn’t have learnt to fight and, after all, life is worth fighting for. 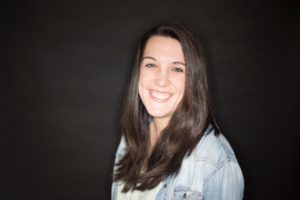 Emma is Lead Youth Pastor overseeing the youth work across the Ivy Church Network and has done that for over 8 years. She recently has launched her own Youth Work Organisation, I Am Youth, helping new, small and medium-sized churches do youth work excellently. She is also a DJ and loves to snowboard!