I want to make 2 important points about the dangers of comparing and why it’s so crucial to accept and love who you are, just as you are.

We’ve all been made to look very different from one another for a reason. How boring would the world be if we all looked the same? How would you tell each other apart? Someone could make an epic film about this! Imagine the woman who saves up enough money to have some cosmetic surgery done to ‘fix’ the way she looks. She truly believes that if she ‘just gets this bit of work done’, she’ll be happy. Sadly, she probably will not. Statistically, very few people only have cosmetic surgery once, which means that the happiness they think they’ll achieve, after the initial aesthetic ‘issue’ is sorted out, is not achieved. They’re still unhappy, so they decide to have more, and more, and more… This serves to simply reinforce the wealth of existing evidence that true happiness, self-worth and true self-love must come from within – it’s not something that surgery can give you!

The last point I want to make is the most important one, and one not commonly spoken about in everyday life. YOU ARE NOT YOUR THOUGHTS. You’re the person who is aware of the thoughts, you aren’t actually the thoughts themselves. Imagine your thoughts are being spoken to you audibly by a friend; actually stop and listen to your internal dialogue and imagine it was someone else saying these things to you. I’m pretty sure you’d think that friend wasn’t only not very nice, but also barking mad! Why do we pay so much attention to our thoughts then, and more importantly believe them? Our thoughts can often sabotage us, so please try to catch the negative ones, throw them out, and replace them with the truth. The truth is, ‘I’m beautiful and perfectly me’.

It’s only now as an adult that I look back at my younger years and realise that I was perfect then as I was, because I was perfectly me. It’s taken me a lot of years to learn to love myself, and I’ve had quite a hard life because of it. I developed an eating disorder (amongst other mental health issues) at an early age and it had me imprisoned for almost 20 years, all because I believed I wasn’t good enough the way I was.

Something quite drastic I decided to do 18 months ago was to remove myself completely from social media. There were lots of reasons for this, but the main one was because of the comparisons I constantly made between myself and other people’s ‘perfect’ pictures. People will only usually post photos of themselves looking great (often enhanced or photo shopped too!), where I would see myself in the mirror, in all sorts of states, and genuinely believe that all these other people were so much better than me. Coming off social media was a bit of a lifestyle change at first, as I didn’t realise how much time I spent aimlessly scrolling through feeds, but I haven’t looked back once. It’s helped me immensely with finding genuine happiness and living my life just for me, without needing to post updates about everything. If people want to find out about my life they’ll ask, or just get to know me.

I wonder how my life would’ve been different if my younger self knew to love me for me. You’re beautiful; more beautiful than you know. It’s all waiting patiently to be discovered, one day at a time. 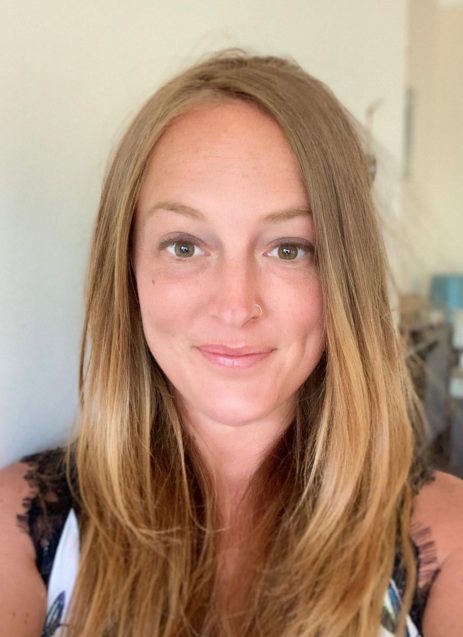 Hannah Gracie, 37, has been a maths teacher all her adult life, simultaneously having to work through quite a few tough times; anxiety, depression, addictions, eating disorders... to name a few. She's just finished writing a book and her passion now is sharing her experience with others to hopefully help, and ease worry, for those going through similar journeys.